I have to admit I am so happy that Marc Gafni's past criminal behavior is being made public again in hopes of preventing anyone else from being harmed by him. I am also grateful that so many people who once supported this confessed sex offender realized their mistakes.

Ever since I heard about the New York Times article being writing I have been trying to put my feelings regarding the vicious, rageful, hate campaign they created against not only The Awareness Center, yet my personhood aside, yet I have been having a difficult time doing that.

I keep being told for some time that many of the folks who created and engaged in the rage campaign against those of us who were trying to help the survivors and signed the petition have done teshuva (repentance).

What I don't understand is that if they have "done teshuva," why hasn't any of them contacted me or anyone else connected to The Awareness Center to apologies for the damages they caused to so many. The hate campaign was started by rabbi Saul Berman, who recently signed the petition against Marc Gafni.

The hate against me started over 10 years ago -- and continues to this day.

I wrote the following article back in 2013:
"Cyber-Bullying: The Rabbi Saul Berman way"
Posted by Vicki Polin at 5:52 PM No comments:

Marc Gafni seems to thrive on any attention you give him 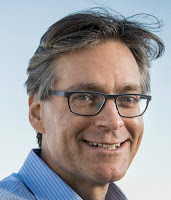 Remember, Gafni gets thrives on any type of attention you give him -- including negative attention.

The important thing to focus is on is that every time there's a round of articles coming out against him, it gives the opportunity to protect at least one more person from becoming his next victim.

Unfortunately, he has never been arrested nor charged with a crime. Why? Because in the past it wasn't deemed OK to file a police report against another Jew, folks were too afraid of his backlash or three he moved out of the country going from the US to Israel and then back to the US again. 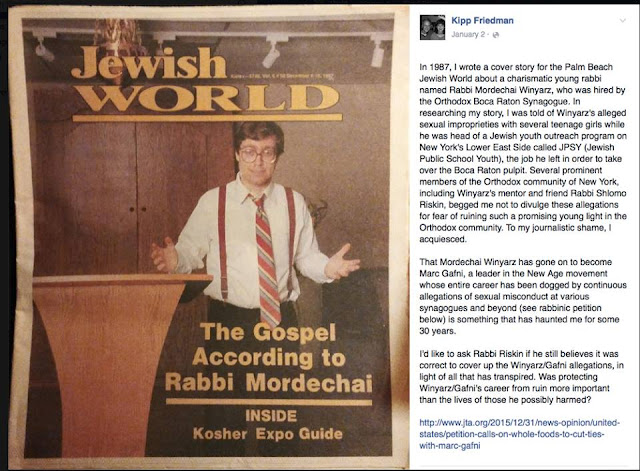 It was and still is a "Good ol' Boys Club". This was and still is status quo in not just the orthodox world, yet within all movements of Judaism and of every other faith university, corporation, etc.

I do want to add that the status quo really depends on who the offender or victim is . . . I mean in the way cases are handled.

The truth is that it wasn't until 1984 that there was a legal definition for child sexual abuse. The anti-rape field was still pretty much in it's infancy.


Most folks had no idea what the long term ramifications of child molestation were. I'm not making excuses for this inexcusable behavior, yet it's important to put it into perspective.

If I remember correctly the first rape crisis center in the country opened in 1975 in NYC. They weren't funded by the Feds until 1984.

Back then they often called child sexual abuse -- sexual child abuse, placing the blame on the child -- who was sexual.
Posted by Vicki Polin at 6:01 PM No comments:

Here's an interview done by Luke Ford back in 2008 where confessed sex offender Marc Gafni making excuses for his criminal behaviors. Gafni's rational sounds so similar to rationals used by Bill Cosby.

#13 Rape According to Gafni: Sexual McCarthyism v. Sexual Mistakes. Perhaps Marc Gafni can tell us where he gets the funds to hire the best attorneys?

Posted by Vicki Polin at 6:10 PM No comments:

With the new round of media attention on Marc Gafni, I was reminded of these two old interview Luke Ford did with Marc Gafni, who confessed to sexually assaulting a 13-year-old girl several years ago during an interview which was published in the New York Jewish week.  To this day he has never been charged with the crime, let alone any of the other alleged assaults he committed.